One of the perks of being a global nomad is encountering stories so similar to yours, but are told differently by others whose cultural identity greatly differs from where you come from.

I recently interviewed Elisavet Arkolaki, founder of maltamum and author of the recently published children’s book titled, Where am I From?.

At a time of remarkably rapid integration of people from different cultural backgrounds in the last century, Elisavet uses a cleverly disguised idea to give a simplified answer to an increasingly complex question of identity.

This colourful picture book is also a first of its kind, illustrated in freehand graffiti by Platon, an award-winning artist from Greece. It also comes with a free guide filled with expert, peer-approved knowledge on how to raise confident, multicultural children.

Two mother-writers, parenting in between cultures

Elisavet and I are both writers at Multicultural Kid Blog, a global platform of like-minded parent-educators. We share our experiences of raising children through arts, activities, crafts, food, and language, through written stories that are often sprinkled with a little extra pinch of love and humor.

We are also mothers parenting in between cultures, with a shared mission of exploring the world through a nomadic lifestyle.

In an interview that extends well beyond the allocated hour, we discuss diverse issues ranging from feminism, patriarchy, and motherhood.

We also discover an instant connection through similar ideas on how best to teach cultural empathy to our children, and exchange ideas about the values that we wish for them to carry as they possibly become the first generation to explore life on other planets.

Bonding over our paralleled mobile lives

While sitting with her back towards a window, Elisavet adjusts her computer camera, giving me a glimpse of the snowflakes falling daintily upon the Scandinavian landscape outside her home in Norway.

‘Is it cold out there?’ I ask redundantly. It is an icebreaker that leads to the first of many laughs.

We begin talking as two mothers often do, about our children. But halfway into the conversation, we uncover many similarities and begin bonding over our paralleled mobile lives.

We discover our love for the island of Koh Lanta in Thailand, and our mutual appreciation of gluggavedur, an Icelandic phrase that I recently read about in this book, which translates to ‘window-weather’.

The Icelanders coined this word to express the untranslatable feeling that one gets on a sunny winter day that looks great as seen through a window, but unbearably cold when one ventures outdoors. On this particular day, it is the perfect backdrop for our interview.

I turn my screen towards the large window in my tiny living room to reveal tulips in a flower pot. Since they first appeared at our local farmers’ market, my husband has been commissioning the help of our 8-year-old daughter to pick the most colorful bouquet, during their daddy-and-me excursion in town after her weekly violin lesson.

The flowers are a reminder that we have finally unpacked our nomadic home in the Netherlands, where our children have physically adjusted to continuous rainy days and embraced a carbon-free lifestyle on their bicycles, blending happily with the rest of their Dutch peers.

Where are you from?

To the global nomad kid, the answer to this question depends on who is asking. My 5-year-old will proudly declare that he is from Kenya because that’s where his friends are, and not Thailand, his country of birth.

But when our 13-year-old was recently confronted with this question by a new friend at her new school, she said, ‘I hadn’t thought about this until she told me that she has never lived anywhere else but in the US.’

To our self-proclaimed kid nomad, who has over 10 years of experience as a TCK (Third Culture Kid), staying rooted in one country is simply unimaginable. She now identifies as a global citizen with strong Kenyan and American roots.

For Elisavet, the answer requires her to retrace her ancestral footsteps and to confront a harsh reality. She would never have been born, had her relatives not escaped a genocide during the Ottoman Empire.

‘It took the bravery of my great-great-grandmother to hatch an escape plan,’ she recalls.

Elisavet recounts the story told to her later, of a strong matriarch with heightened survival instincts, who wrapped her infant in a flimsy bed-sheet and hid a handful of gold coins inside the baby’s soiled clothes.

She traveled this way while clutching tightly onto an icon of the Virgin Mary for journey mercies and miraculously smuggled a Singer sewing machine when crossing the border from Turkey into Greece.

The unsuspecting baby was Elisavet’s great-grandmother. Her younger sister was born in Greece, and would later share these migrant stories with Elisavet as a child.

Elisavet later recommends that I watch this documentary, which details the events of Greek residents in Turkey 100 years ago. It is a historical account of past events, which eerily resonate with the present migration conflict in the Mediterranean region.

Born in Greece, Elisavet recalls having a normal childhood and enjoyed occasional trips abroad with her parents. But at 22 years old, she won an Erasmus scholarship and moved to Paris on her own.

If she had never left her family in Greece, she would’ve been expected to find a boyfriend, get married, and have children, in that order.

‘Those months (in Paris) altered my way of thinking. My world grew bigger,’ she remembers.

We discuss yet another connection between us, in our continued rejection of the patriarchy, which contributed to our becoming global nomads.

I then share my story about how interviewing Catherine Ndereba (Kenya’s four-time Boston Marathon champion) as a young reporter fresh out of college, shaped my earliest views of feminism, motherhood and gender equality.

This leads to another similarity between our parallel lives. Elisavet also had a stint in journalism. She recalls her first interview which, incidentally, featured a graffiti artist.

By all accounts, Elisavet is a global nomad. She moved from Paris to Malta, where she met her now-husband while working as a customer representative.

‘It now seems so irrelevant but that first move outside of Greece by myself is what inspired me to never stay rooted in one particular location,’ she says, smiling.

Having met her match, they moved to Spain, Greece, and Norway. In between, they also managed to squeeze in an adventurous half-year long backpacking trip in Asia, Australia, and the South Pacific. They then moved back to Malta, and a few years later their first child was born.

They are now settled in Norway, where their second child was born. They may be ‘rooted’ in one place for now, but all their winters since they had children have been spent in Thailand.

‘We have a Mediterranean kid and a Scandinavian kid. One conceived in the Maldives and the other one in Thailand,’ she muses.

As we laugh, I too recount my four children’s birth abroad tales, which include conceptions, pregnancies and births in Kenya, Nepal, Ethiopia, and Thailand.

As in most intercultural marriages, Elisavet’s children are raised in a multilingual home. They are fluent in Norwegian and Greek and are still working their way through English and picking up Thai too.

I am curious to know if her children identify strongly with their birth countries, or embrace a more compound global citizenship identity, as some of mine do.

‘They feel more connected to Norway, Greece, and Thailand because it is from these countries that they have the most vivid memories and where people they love still live,’ she says.

Elisavet and her husband firmly believe that the future belongs to those who will be ready to adapt to a new existence anywhere on the planet, and possibly even beyond.

‘Who knows where our children will live? It could be somewhere far beyond this planet!’ she exclaims.

There is no doubt that we are getting closer to discovering the potential for life on other planets. But while we are still exploring our shared blue planet, we agree that being able to speak more than one language is the logical move towards a more cooperative human experience.

In her book, Where Am I From?, Elisavet challenges young readers to define home.

She playfully takes us on a journey towards a fictitious playground, where children from all around the world have gathered to solve this riddle.

They unite on an art project to paint graffiti on a wall, each one determined to produce a colorful map of the world based on where they came from.

Excitement builds up as each child attempts to outwit their friends by recounting dramatic stories of the nonconventional means that they used to arrive at this wall.

For instance, Osiobe from Nigeria arrives on a lion, while Chen from China boasts about his ride on a fiery yet tamed dragon. John from Australia arrives tucked inside the protective pouch of a kangaroo.

These adventurous journeys mimic every child’s dream, and the brilliant illustrations capture perfectly their wildest imagination.

These ideas to relatable with children all around the world. It is the imaginary world of my 8-year-old too, where unicorns and mermaids dominate playgrounds.

We all come from the same home

Throughout this debut picture book is the resonating theme that ‘we all come from the same place’, a reference to the fact that we all share the same planet.

It is a timely keepsake available on major book retailers like Amazon, Barnes and Nobles and the Book Depository, in which Elisavet subtly challenges young readers to celebrate the multicultural diversity of our collective global citizenship.

At the same time, she also encourages parents around the world to continue raising children with unconditional love and gentle kindness, which are universal values.

But it is her parting remark that I am left lingering on for the rest of the day when she says,

‘A child is like a garden, all gardens are made of soil but you do not get to choose the soil, you can only choose what to do with it.’

An image of my children as four colorful (multicultural) and organic seeds that were placed gently on the palms of my hand appears. It reminds me of a poem by Khalil Gibran that a friend once shared, in which he says in part,

Your children are not your children. They are the sons and daughters of Life’s longing for itself. They come through you, but not from you, And though they are with you yet they belong not to you. 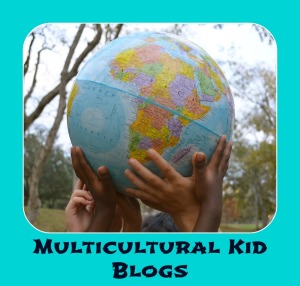 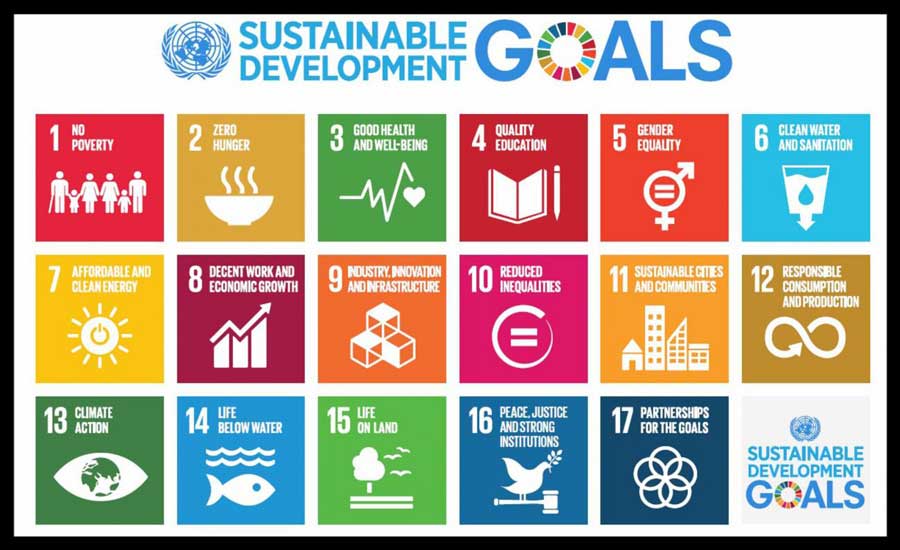