Who is the global child?

A friend and I were once discussing our parenting methods and how as expats we do not necessarily parent from one particular school of thought. Instead, we have assembled different practices from the various cultures that we have interacted with from our stints living in different countries. Along the way, we have perhaps abandoned some methods our own mothers would have sworn by and taken on new, unfamiliar methods that become familiar to us as we engage more with our given host countries.

Later, as I was having a discussion with my 10 year old daughter about who she sees herself as, in the world, I realized that the term expat is often used to classify  “long-term foreigners” of mostly large coorporations, foreign embassy employees or UN staff. Immigrants, migrants or refugees are classified differently even though as a whole, they all collectively fit into a small box within the bigger box of “locals”. In the whole grand scheme of things, didn’t we all migrate from somewhere? Aren’t we all expats?

It is a natural and typical human trait to want to label everything. The autistic child, the ADHD child, the Black, White, the Expat. Then there is the Repat. The expat who recently moved back to their country of origin.

My friend and I are both repats, living back in our home country. The word home, does not evoke the normal feeling of being settled physically in one place. It is not the country of birth that makes it feel like home. My friend said that Nairobi does not feel like home anymore…

“Possibly because it doesn’t look like it did ten years ago?” I suggested.

“No, that’s not it. It doesn’t even smell like home,” She explained.

We would continue to have these sorts of chats at the school’s parking lot after drop offs, spending hours marvelling, reminiscing and attempting to solve bigger world problems. Then something would trigger that memory of being back in Kenya. The smell of the earth before an imminent downpour would send us to our cars and back home, to the reality of the routines and chores of our daily life.

Ironically, the smell of a place gives that feeling of belonging. Of recognition. Of familiarity. Each time we leave Nairobi and go out of town on Safari or even just on a drive to the countryside, it smells familiar. Things have changed, but even when one does not know what they are looking for to feel at home, a simple scent can bring that feeling back.

My father-in-law equates the smell of burning acacia wood chips to the smell of Africa. He gets nostalgic, and has possibly considered smuggling pieces of acacia bark to America, for those moments when he wishes he could return. He can pick up the distinct smell at the airport. Yet a local cannot pick out the smell of an acacia tree in a forest of mixed indigenous trees, because home isn’t where the acacia trees smell. For a local, it is where the familiar exist, where the routine lies- the normal traffic route, the coca cola bill board, the oldest apartment building, the construction site, the sound of the local transportation. For a repat like myself, the familiarity isn’t attached to the physical, because my locality is never rooted in one geographical place for too long. It lies somewhere deeply connected to the senses- the particular smell of the Thai kaffir lime leaf (which doesn’t smell like that anywhere else in the world), the pungent aroma of Ethiopian cooking butter mixed with a whole lot of onions, the intoxicating incense burning along the street shops of Kathmandu (which permanently perfumes the entire country). Those smells, an expat can pick up.

An expat child therefore, isn’t a privileged kid whose mother continuously posts on Facebook, pictures of their sunny beach vacations from enviable exotic locations. It is any person who consciously interacts with their senses on a daily basis, who can identify the unseen, the scents, the memory that a certain change of weather brings, because these elements speak of a time in place, a personal journey, an attachment to a specific friendship formed in a certain place, a life-changing experience that altered the course of their family life, a continuous adjustment of cultural values and physical needs.

In order to parent a child whose home is identified by footprints scattered in bits and in places here and there, but not concentrated anywhere in particular, one must identify their child’s strongest sense.

The smell of hot sweat dripping on my daughter’s face during games at her new school in Nairobi is reminiscent of the excruciating  high temperatures endured during tennis lessons in her former school in Thailand. The sweat bears a new form. A memory of her past life, and evokes in her a longing for the people she knew there- the tennis coach, the class teachers, the friends, the housekeeper, the gardener. Suddenly sweat becomes a thing. A very special tangible thing.

To answer my question, my 10 year old replied, “I am a citizen of this world.” When I asked her to elaborate what that “world” means (because she hasn’t lived in all the countries in the world in order to fully relate to the whole, entire world), she gave me the most unexpected, sophisticated, profound answer that knocked the socks off my feet. In a simple analogy, she said,

“Imagine the world as  a big jigsaw puzzle with 7 billion pieces. I am one of those pieces. Without me, the world would be incomplete.”

A global child therefore, is every child that counts  as one of the 7 billion people who live on our planet. Whether rooted in one place, or globetrotting the world like a nomad. Each child counts as they are all on a similar journey of self-discovery, of finding themselves in the scents that permeate their daily life, in the differences that they find in others, which allow them opportunities to define themselves, in the colours that paint the canvases of their life’s backdrops. Among the 7 billion and beyond, they are all equal parts explorers, equal parts citizens of our world. Their physical locations are temporary spaces; a beginning of their footprints on the universe. 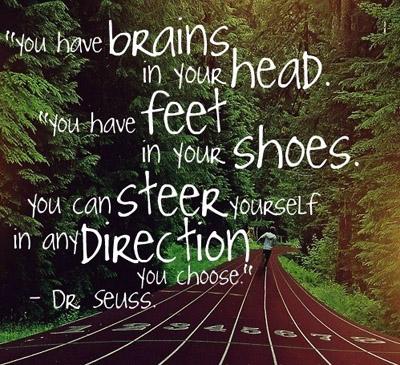 Join a movement of global citizens